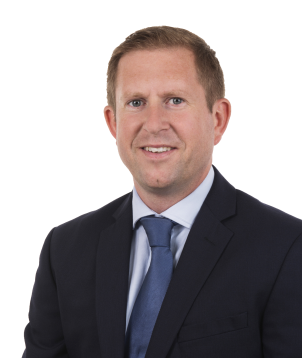 Mark Denny joined 1167 Capital at its inception in 2016.  Mark began his career at Baring Asset Management in 1993.

Between 1993 and 2005, he rotated through a wide variety of roles, gaining detailed experience of most areas of European open-ended fund administration and accounting, ultimately becoming a Manager responsible for management information, commission rebates, banking and audit.

In 2005, Mark joined Thames River Capital as a core member of the fund services team, becoming the firm’s Management Information and Rebates Manager by the time Thames River Capital was acquired by F&C Asset Management plc in 2010.  At F&C, Mark reported to the Head of Global Fund Services, and assumed additional responsibilities, including management and enhancement of one of the c. £100 billion AUM company’s core operational IT systems.

In 2014, Mark was recruited to become the Chief Operating Officer of Nevsky Capital, one of the world’s leading global long / short equity fund management firms.  In addition to serving as a member of the five-person Management Committee responsible for the overall strategy and management of the firm, Mark was a member of Nevsky Capital’s Compliance Risk and Audit Committee, in which capacity he worked closely with Toby Hampden-Action, Nevsky’s Chief Compliance and Risk Officer.

Performance data unaudited. Past performance is not a guide to future performance. Capital at risk.

Pressing "I Agree to All of the Above", you agree to the following terms:

This website uses cookies to improve your experience while you navigate through the website. Out of these, the cookies that are categorized as necessary are stored on your browser as they are essential for the working of basic functionalities of the website. We also use third-party cookies that help us analyze and understand how you use this website. These cookies will be stored in your browser only with your consent. You also have the option to opt-out of these cookies. But opting out of some of these cookies may affect your browsing experience.
Necessary Always Enabled

Performance cookies are used to understand and analyze the key performance indexes of the website which helps in delivering a better user experience for the visitors.

Analytical cookies are used to understand how visitors interact with the website. These cookies help provide information on metrics the number of visitors, bounce rate, traffic source, etc.

Advertisement cookies are used to provide visitors with relevant ads and marketing campaigns. These cookies track visitors across websites and collect information to provide customized ads.

Other uncategorized cookies are those that are being analyzed and have not been classified into a category as yet.

Please join Michael, Felix and myself on the 22nd September at 10am (UK time) as we look to provide a further update on China and its government bond market, as well as introduce the 1167 Active Funds ICAV - China Government Bond Fund that we intend to launch this November, subject to regulatory approval. Most of us are already aware of China as an equity story. Yet the surprising thing is that it is China’s government bond market which has delivered the more enviable performance relative to its G10 equivalents over the last two decades. With consistently positive yields, low capital volatility, and a proven track record as ballast when global risk assets hit rough waters, China government bonds are one of the last great undiscovered asset classes. We strongly believe that the China Government Bond Fund will be a great addition to your portfolio's and we welcome you to learn more about this exciting asset class. Click here to Register

Quarterly Webcast “The quarterly Webcast series is designed to give you regular insight into what fund managers: Michael and Felix are thinking in relation to global sovereign bond and currency markets.  It will not focus on our Funds, but instead offer a forum to share our latest strategic analysis with you - and provide an opportunity for you to ask any questions you may have directly to the PMs, or indeed myself… These webcasts will be great for analysts, portfolio managers, and prospective investors alike, who may wish to benefit from our insights into this asset class that we are researching day in and day out.” Click here to Register

If you would like to register for any of our events, please enter your details and we will respond shortly.

By providing us with your contact details on this website, you hereby consent to us sending you news, views or information about current or planned products and services that we offer by letter, by telephone, by email or by other reasonable means of communication.